Preservation of Indigenous Spirituality Through Syncretism

When Hernando Cortes and his six hundred Spaniards arrived in Mexico City in 1521, the indigenous Aztec people believed that the white men must be the promised gods returning at last from across the Gulf of Mexico. Thus the Spanish conquistadors entered the city, not only as welcomed guests, but also as gods coming home. Little did the Aztecs know that these “gods” had their own religion and would bring hell to them.

The Spanish conquest of the Americas, beginning in the 16th century, was a brutal affair in which the Spanish destroyed the Aztec empire, defeated Mayas, and overcame Incas. They butchered indigenous people to capture gold and then set on to convert them to Catholicism. Religion was, however, not taught, but imposed using violence. For the Indians, it was a matter of survival to embrace Catholic religion, so they started incorporating elements of Christianity into their traditional beliefs, creating a new syncretic system. By adopting Christian god, demoting other gods as saints, and practising indigenous rituals under the disguise of Christianity, they were able to avoid the wrath of Spaniards, yet hold on to their native spirituality and cultural identity.

The following photos were taken in Guatemala and Mexico in 2017 as a personal project and document some ancient Mesoamerican rituals which survived until today through their syncretisation with Catholicism. In a Mayan ceremony at the sacred hill Pascual Abaj in Chichicastenango in the Guatemalan Highlands, a shaman recited prayers and lit fire to the offerings. A family knelt before the fire and asked Ajaw, the Lord, to fulfil the ritual. During the Spanish conquest, the Mayas eventually accepted Christian god as a supreme power but retained their traditional deities by transforming them into the saints. The saints are essentially patron gods whom people offer gifts and ask favours for. The shaman carried a black live chicken during the prayer and asked the family to hold the chicken over the fire. After that, he grabbed the head of the chicken firmly and pulled it apart from its neck. Then they placed the chicken, limb by limb, into the fire. The shaman chanted prayers for the next hour and looked for signs and omens in the flames. An indigenous couple makes a prostration at the sacred hill Pascual Abaj in Chichicastenango in the Guatemalan Highlands. They walked back and forth on their knees between fire and the ancient sacrificial stones left by the Mayan ancestors. Like the majority of modern Mayas, they identified themselves as Christians, yet they come here twice a year to show their gratitude to the gods other than the Christian god. Scholars believe that the elite class of Maya had begun to get the concept of monotheism and was ready to accept Christianity fully. The non- elites, however, couldn’t grasp the idea of combining a pantheon of deities into one single god and held on to important gods, such as, god of rain, and god of soil, which they still believe in today. A Mayan shaman lights candles at the altar at Pascual Abaj hill in Guatemala. The placement of the Christian Cross among the ancient stones illustrates how the Mayan people began syncretising Christian symbols into their traditional beliefs after the Spanish conquest. The core of the Mayan rituals, however, remained the same which suggests that the Mayans were merely adapting to the situation than fully converting to Catholicism.

A Mayan ritual at the doorstep of a church Every day, people from nearby villages come to Chichicastenango in the Guatemalan Highlands to perform Mayan ceremonies. The small ceremonies are performed at the doorsteps of the 400-year old Santo Tomas church. Such practices are neither a part of the Christianity nor are they approved by the church, but are somewhat tolerated by the local priests. In the beginning, Catholic officials did everything they could, including torture, to eradicate every sign of idolatry from the indigenous culture, but they couldn’t wipe out thousands of years old beliefs deeply rooted in the lives of natives. The use of church space to conduct thousands of years old rituals is a great example of the syncretisation of two different belief systems.

Maximón, a devil or a saint? Spaniards were able to defeat the Mayas and convert them to Christianity, but couldn’t conquer them spiritually. Modern Mayas still hold on to three-thousand- years old practices. In Santiago de Atitlan, a lakeside indigenous town in Guatemala, a shamanic ceremony of Maximón takes places in a house. A shaman lights a cigarette into the mouth of an effigy, while another person recites shamanic verses. The effigy is wearing a hat, scarves, and a long red tie with currency notes tucked into it. While the Catholic Church considers Maximón a devil, the Mayan people regard him as an Indian Saint and offer cigarettes and alcohol to his effigy and ask for help. In Maya culture, Maximón is someone who has always a cigarette in his mouth and loves to drink. So if you feed him, he can bring you good health, a good marriage, good job, and wealth. An 8.1-magnitude-earthquake on 7th September 2017 hit Zinacantán, an indigenous town in the Chiapas highlands of southern Mexico, and caused the tower of San Lorenzo church to tumble (see the background building in photo). The locals could use another church nearby, but they decided to build a new makeshift church with the same name “San Lorenzo”. They believed that the spirits of saints from one church would not enter a different church. At the church inauguration ceremony, the Tzotzil Maya people wore traditional dresses and danced to the live music with a bottle of beer in one hand and a cigarette in the other. The Catholic church doesn’t approve consumption of alcohol or offerings of liquor, but Mayas have been using alcohol, powerful tobacco, and hallucinogens in their religious ceremonies for thousands of years to have visions and be able to communicate with gods and ancestors.

Inside the San Lorenzo church The new “San Lorenzo” church in Zinacantán in southern Mexico looked different from any other Catholic church. Inside, there were no rows of pews but a floor covered with pine-needles. The air was thick with clouds of copal incense and smoke from thousands of candles. The locals adorned the images and dressed up wooden statues of saints with flowers and chanted prayers in native Tzotzil language. They also placed mirrors next to the saints to deflect the devil. Scholars believe that a great deal of syncretism between Mayan religion and Christianity happened because they were quite similar in many ways. Both burned incense during rituals, both used images and statues to represent holy figures, both had priests to guide people, and most importantly, both worshipped a god who died for others and was resurrected—it was Jesus Christ for the Spanish, and the Maize God for the Mayas.

The Day of the Dead The night of the Dia de Los Muertos (Day of the Dead) at Xoxocotlan cemetery near Oaxaca, Mexico. From 31st October to 2nd November, Mexicans visit cemeteries and decorate the graves of their loved ones with flowers, candles, and photos to honour the deceased. They believe that on the Day of the Dead the souls of the dead return to the world to reunite with their families. The history of the Day of the Dead goes back to the pre-Hispanic era. Native Americans used to perform rituals celebrating the deaths of their ancestors instead of mourning for them. After the Spanish conquest, this ritual was regarded as sinful but couldn’t be quashed. Later, the natives started incorporating Christian practices into it. The modern Day of the Dead practice is influenced by the Christian All Souls’ Days, a day which commemorates the dead, but with a festive feel.

The dance of flyers The dance of flyers, taking place at the church plaza in Tequila, Mexico, is an ancient Mesoamerican ritual involving four dancers and a musician who ascend a tree pole. The musician balances himself in the centre and plays flute. The dancers descend the pole in circles while attached to ropes. In Mayan mythology, the dance illustrates the creation of the world by bird deities residing on the World Tree. The musician represents the bird sound. The four dancers (“birdmen”) spinning around the pole represent the world creation. To Mayans, the World Tree represented the tree of life. They depicted trees as crosses. When the Spanish converted the Mayas, the natives embraced the Christian cross but used it as a symbol to represent the World Tree. The blending of the Christian cross with the symbol of Mayan World Tree is one of the most iconic examples of syncretism in the Americas. A member of the Flyers of Papantla (Voladores de Papantla) wearing a traditional outfit with the image of Virgin of Guadalupe on it. Virgin of Guadalupe is the Roman Catholic title for Virgin Mary. She is the patron saint of Mexico and is depicted with brown skin. Scholars believe when the natives were defeated by the Spanish and their indigenous religion was destroyed, the image of Guadalupe served to fill the spiritual void in the lives of people. It became a symbol of Mexico after it miraculously appeared on the tilma of Juan Diego. It is captivating to see Guadalupe’s image being used in an ancient ritual which originated as a way to appease the patron deities and which goes completely against the Catholic faith, but that’s the beauty of syncretism— it doesn’t completely eradicate the old beliefs, instead, it blends the old with the new. 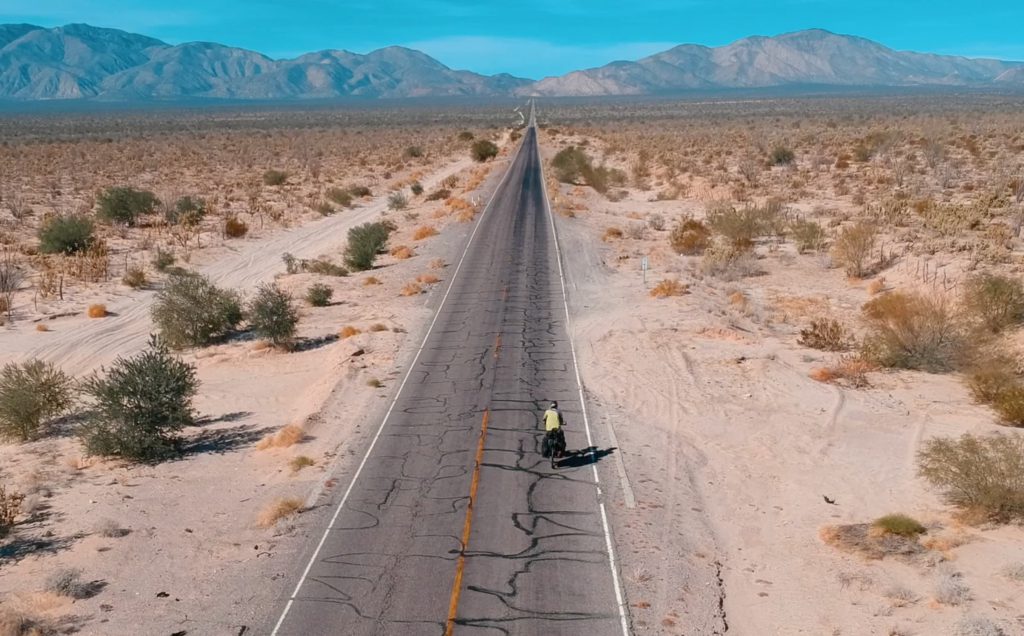 What drives you? Day after day, long hours on never-ending roads, on those freezing mornings and blistering hot afternoons, in the pouring rain and sand

4 thoughts on “Preservation of Indigenous Spirituality Through Syncretism”