Every morning, after having breakfast, I sit in the doorway of the mess tent here at the base camp with my eyes glued to the mighty mountain in front of me.

Yes, Mt Annapurna is the 10th highest mountain with an elevation of 8,091m and the most dangerous amongst all 8000ers, but there is more to it.

At one moment, Annapurna is a white dragon sleeping during the day. At other moment, Annapurna massif appears as if a king cobra flanked by an army of cobras is guarding a fortress. Or is it a mother hen protecting its chicks under its feathers? In the morning when everyone is asleep, Annapurna summit gently gives birth to clouds against a blue sky. By noon, these clouds grow up and rise from the precipice making ghostly shapes as if a witch is casting a magic spell. The ice clings to its rock faces for it is afraid of plunging to death. Once in a while, disobedient seracs are pushed down from great heights turning into powder. It’s a long way to the summit. At every step, seracs are ready to sacrifice themselves to protect their beloved.

The lines on upper ice slopes are akin to those on the face of a 100-years old Tibetan woman. But when you look down, snow shines on broad slopes like sweat reflecting from the rosy cheeks of a charming lady. Mt Annapurna dominates everything around it like a goddess. Two eyes are not enough to capture its grandeur.

Long lines of blue-red-yellow-white prayer flags hanging against the backdrop of Annapurna look as though a queen has adorned herself with a necklace of colorful jewels. These little flags flutter in the air like butterflies dancing before a goddess. Long before the sunrise, its peak lights up like a beacon in the sky guiding the sun on its course. In sunlight, the mountain is a frozen sea; in moonlight, it’s a moon; and in dark nights, a goddess wearing a milky way as a crown. As I write these words in admiration of Annapurna’s beauty, I think of Sirbaz, Joshi and others who are now between Camp 2 and Camp 3.

Why some get to be in the presence of a goddess whereas other can only watch her from a distance?

The answer lies somewhere on the slopes of the mountain. 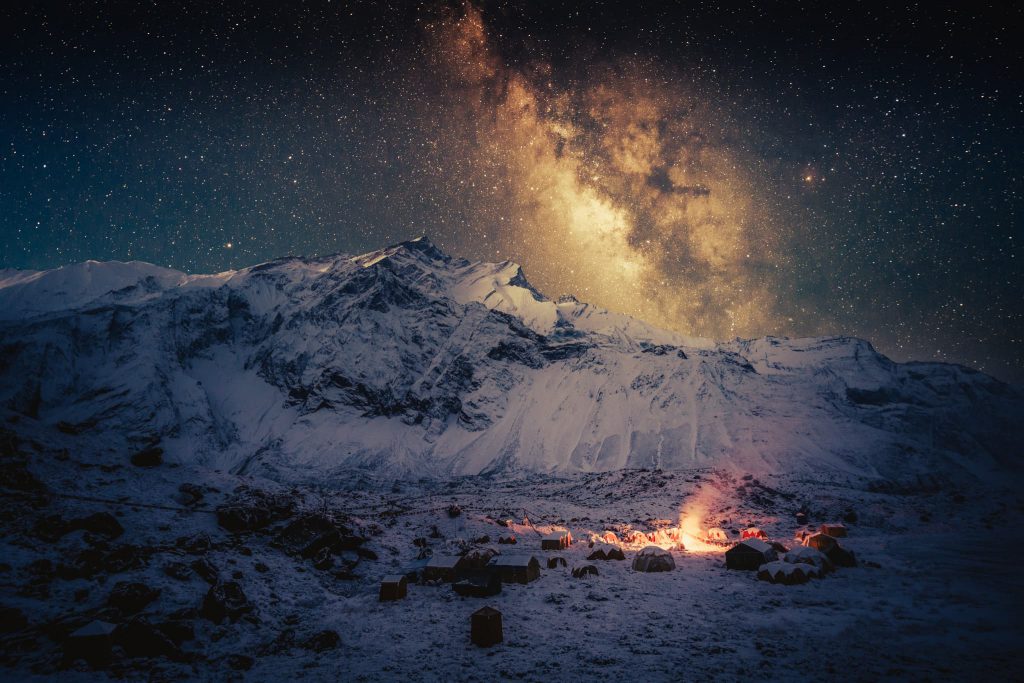 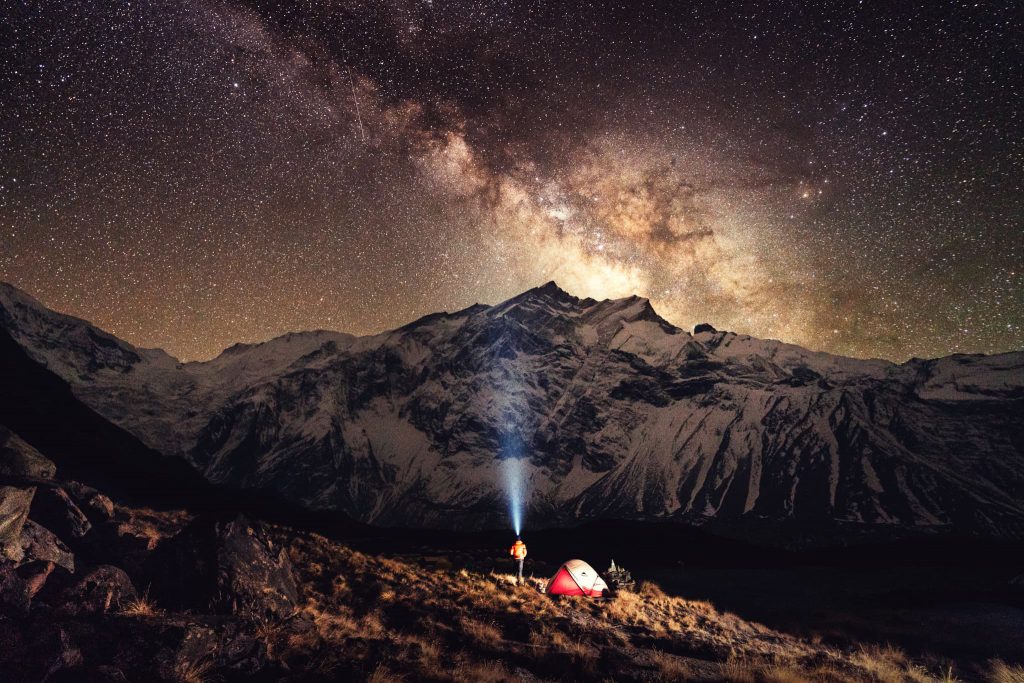