July 21. It was my birthday. I was heading to the border of Canada. I could have stayed in Glacier National Park, Montana for a few more days. It was beautiful out there. The weather was great, the campgrounds were cheap and I loved swimming in the cold lakes. There was no need to rush. My US permit had still two more weeks left in it. But, I wanted to end the uncertainty over the upcoming border crossing.

A couple of days before, I had met a Polish traveller Tomasz in the Glacier Park who had had been turned away from the border by the Canadian immigration officer. Tomasz urged me to have supporting documents and return ticket ready, just in case. “But, I am travelling by bicycle. I cannot provide a return ticket or a heavy bank statement,” I argued with him. Nonetheless, I didn’t want to take a risk. Near to the St Mary campground, there was a hotel with a big lobby and a password protected WIFI only meant for customers. Thanks to Tomasz, I already knew the WIFI password. I connected to the internet right away and took the screenshots of my Facebook Page and route map. I dug through my previous visa applications and copied documents I thought demonstrated that my journey was authentic. I had now a file with 20 pages. But I needed a hard copy. I cautiously went to the receptionist and told her my problem. She said, “no problem!” and gave me her office computer which was attached to a printer. I emailed the file to myself and printed it out. Flipping through the freshly printed pages, I was thinking, “the immigration officer cannot turn me away? After all, it will be my birthday!”

From St Mary, I went to the Many Glacier where I spent two nights and swam in the Grinnell Glacier. Then, finally, on July 21, I headed out to the Chief Mountain border which was about 30 miles from the campground. The road went through plains and forests. There was hardly any traffic on it and the land was largely uninhabited except for the cows which once they noticed me would stop chewing the grass and their heads would track my movement. They were in shock to see me leaving. Squirrels gave me a guard of honour by standing still on their hind legs. Wildflowers lined themselves up along the road and gently waved goodbye to me.

I had spent almost 6 months in the US. Before coming here, I was afraid of facing racial discrimination. I asked friends if I should tell others I am from Pakistan, or I would be better of saying I am from Germany? I thought I would be seeing only grumpy people here and would receive no help from a society which thrives on individualism and materialism. But once again, the slow way of bicycle travelling has helped me see the world more truthfully and all I received in the US was genuine hospitality. It was not only the Pakistani community which showed an incredible amount of love and support but also the rest of Americans. When I was cycling on lonely roads, sometimes a car would stop in front of me. Someone would step out and hand me cold water, or something to eat. On multiple occasions, when people knew about my journey, they would hand me five or ten bucks as “gas money”. “What is gas money?” I asked. “The money you spend on the gas! But as you don’t need gas, grab some lunch!” they would reply. The Americans invited me to their homes, took me out for dinner, and allowed me to pitch the tent in their property. I absolutely loved that I could always refill my bottles with cold water from gas stations and fast food restaurants for free. I told everyone I am originally from Pakistan and didn’t sense discrimination even once. My host John from Logan, Utah even put up a Pakistan flag outside his home to welcome me. He wasn’t at home but had left his house open for me. He came back the next day. The US is the country where I have learnt to add “how are you?” to “hi” even when greeting strangers, and to take the time to respond when someone asks me, “how are you?”

As a long-term touring cyclist, my only complaint from the US is the lack of affordable accommodations. I haven’t camped in any other country as much as I have in the US, which is the main the reason I wasn’t able to publish my regular photo-essays (photo albums on Facebook) since I entered the country. But, on the other hand, the overall camping experience turned out to be great. There is a lot of BLM land to camp for free. Many US National Parks have hiker/biker sites which do not require reservation and cost between 5–10 USD/person per night. I haven’t seen so much diversity in nature anywhere else. As they say, “everything is bigger in the USA!” It applies to nature as well.

Now on my birthday, I was at Chief Mountain border between US and Canada. As per regulations, I didn’t stop at the US customs when exiting and reported directly to Canadian customs. There was only one car ahead of me. After that, the Canadian immigration stretched out his hand and called me. It was a tiny cabin with a serious looking officer in it. I greeted him.

“Where do you live?” the officer asked me.
“Germany,” I handed him my passport.
“Where are you going?”
“I am cycling from Argentina to Alaska.”

He looked at me for a second or two and then asked, “how long do you plan to stay in Canada for before entering Alaska?”

The officer started flipping through my passport which is full of visas and stamps. It took him a while to reach the empty page.

He put my passport through the scanner and then firmly pressed the entry stamp in my passport.

“Welcome to Canada!” he returned my passport.
“How many days do I have in Canada?” I asked him.
“Six months!”
“Thank you!” I tried to tone down my excitement.

I took a glance at the entry stamp and began walking my bicycle. I couldn’t believe I was in Canada. It had turned out to be one of the easiest border crossings. I stopped to take a picture with the Canadian and US flags at the border. There, I met a Chilean man Juan who was doing some construction work. I spoke Spanish with him. He was excited to know that I have been to Chile. I was so happy to be in Canada that I hugged him. “The immigration officer is a serious looking guy but the Canadian people are very friendly,” Juan told me.

If you look at the map, you would see a long straight line dividing Canada and the US. Roughly, 3,500 kilometres of the Canadian/US border follows the 49° latitude. Chief Mountain border is located at the 49th parallel. From the border, it was a long downhill, and I was flying. Normally I am a very calm person but that day I couldn’t contain my excitement and was woohooing loudly out of happiness. Never before have I ever been so animated while crossing a border, not even when I entered Pakistan. It has been a long journey and reaching Canada was indeed a special moment.

My first stop in Canada was Waterton National Park which links to Glacier National Park in Montana. I spent two nights in Waterton Park where I hiked to Bertha Lake. From Waterton, I cycled 300 km to Calgary, doing 100 km every day. Mostly, it was a lonely ride through uninhabited grassy plains and rolling hills. I saw all kinds of weather in a day, from sunshine to clouds to lightning to heavy rain to hail and wind. The designated campgrounds were expensive for a solo cyclist. Once I wild camped along the river and once behind trees on the edge of a city.

I reached Calgary on 25th July which was the General Elections 2018 day in Pakistan. The news was out that PTI party had won the elections. Most of the Pakistanis I met in Calgary were celebrating the win, including my host Waqar and his family.

Three days after my arrival, I gave a presentation at the University of Calgary. About 60 people came to attend the event. I lost track of time and gave a 90-minute talk about my travels and then took questions from the audience for another thirty minutes. At the end of the presentation, Miss Sireena Khan presented me a letter of appreciation from the City of Calgary and beautiful city pins. It is the first time I have received something like that. My elder brother once brutally beat me up with sticks when he came to know that I had gone from Layyah to Lahore by bicycle, a 360 km journey which took me 2 days. My family wanted me to stay away from bicycle touring and only focus on my education. That beating took place back in 1996. Little did I know that I would be receiving an honour for cycling after 22 years.

I have been in Calgary for over a week now, meeting people, getting invited at dinners, being fed, and making new friends. It amazes me how new doors keep opening. Before coming to Canada, I only knew two people personally but they live far from my route, near the East Coast, so I couldn’t get to see them. I didn’t know anyone in Calgary when I came here, but now I have made many friends here, including First Nation people. I got to visit Tsuu T’ina Indian Reserve where I witnessed a pao wow festival and photographed indigenous performers in regalia. The First Nation people opened their hearts to me. They shared ancient stories and mentioned the injustice they still face in Canada today.

I was expecting to take a little break in Calgary and catch up on previous stories but here, every day, I get to hear many new stories and photograph new people. I have come to know so many stories that it might take weeks to write them down. It is pertinent to say that before I was chasing stories, now stories are chasing me.

Soon I will begin sharing some stories. Till then, welcome to Canada, my 43rd country by bicycle! 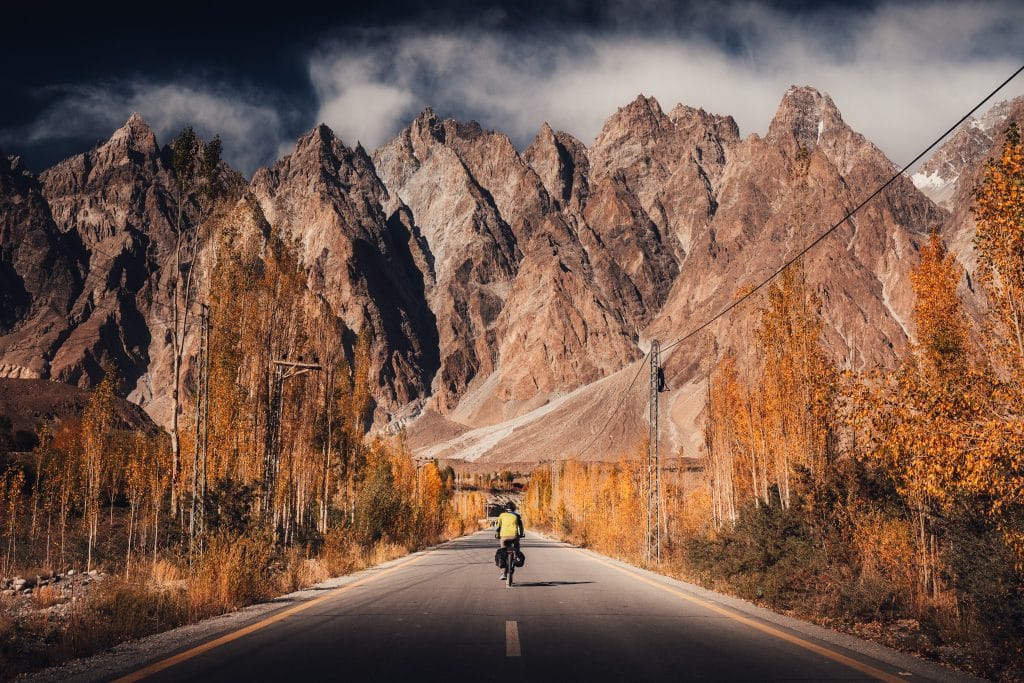 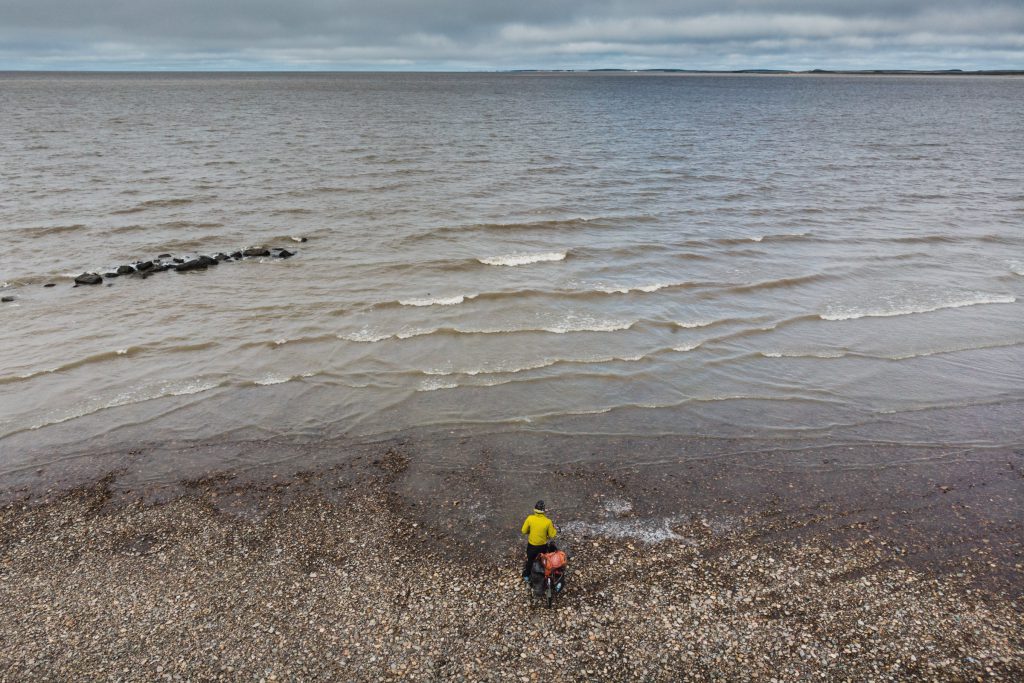 12 thoughts on “Goodbye US, Hello Canada!”